Apartment got pretty heated again last night... nearly impossible to get any rest... Newt's in great shape, but I was sweating far too much. Not enough voltage to run a tiny box fan.I'm really happy that this didn't happen in July, or it would be a health hazard. Cool Showers work wonders.


Random Memory... whenever a propeller plane would fly overhead, my buddy Jason and I would yell "STUKA!!" and run for cover, as if it might go after us on a strafing run. I was 7 years old, and I think it was a side effect of my pop's fondness for WWII documentaries that inspired the game. It seems sort of weird, looking at it under current context.... 40 years from now, will I see kids play-acting at the trade-center bombing, or other major world event, or will most of my life history fade into a blur? I'm not sure what defines my generation... Movies? Star wars and Star Trek got milked to the point of making them weak jokes. Harry Potter, maybe? Somehow, I suspect those books won't be so much in vogue down the line... but the old standards of playing war have a strong vibe. I doubt kids'll play "Iraq war" any more than I played "Vietnam" or "Korea". WWII and to a lesser degree, WWI both have something very powerful going for them that isn't easy to replicate. Other history-genres that seem timeless are Dinosaurs, Pirates, Knights and the Wild West... Cyberpunk and even pulp seem to be little subsets that'll probably never get rolling again. 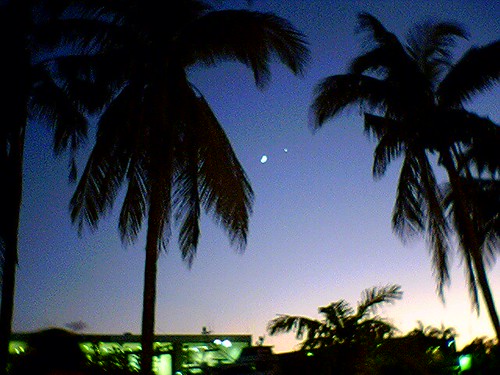 written on the bus & riverwalk
Originally uploaded by scottobear.saw Sasha yesterday for a little dinner and catcup conversation. I let her know about Magda's return on November 25th, and the new condo -- she told me about Gil, Sonya and Steve quitting the club... not to mention Susie and M getting the boot. Chris was promoted to manager on Sunday / Mondays, plus Melissa and Longhair still bartend and serve respectively. I could quite easily fall back into being the club's Sunday "Norm!", now that the bald IKON boneheads have bailed on the place. Tougher to get there from Deerfield, but worth it, I think.

Bro came by to pick up his guitar and amp... I told him to pick up the rest of his stuff before 12/1, because I'd be moving. He just told me to leave it at the Momster's. I told him he'd have to work that out himself, and we argued a bit. I think a month's notice to find a place for his stuff after being storage over and above 2 years is more than reasonable.

Note, he only calls when he wants something, and then it's practically hourly voicemails.

I don't think that I'll pass my mailing address on to him, just let him know I'm in Deerfield.

Saw Chicken Little (any excuse for a/c instead of the muggy apt... semi-blah, but had quite a few fun moments. Not as good as Wallace & Gromit, but fared better than Robots. (Plus, Joan Cusack voice, who I adore.)

crescent moon is out with a single bright star right now... cool breezes and sunset reminds me why I dig Florida. 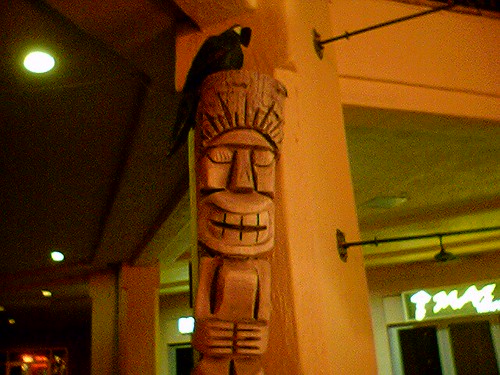