I'm known as Scott von Berg (or searchble by the nickname of scottobear) on 6 degrees if you want to link to me.

I sent a few emails out, but got lazy.

Some old doodles on the palm, recently synched - 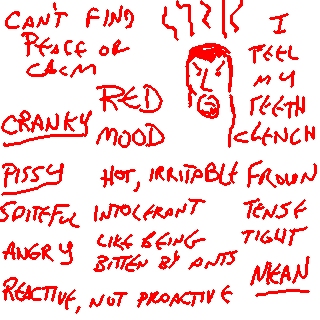 doing an inventory of moods after a particularly bad moment. done about 2 weeks ago 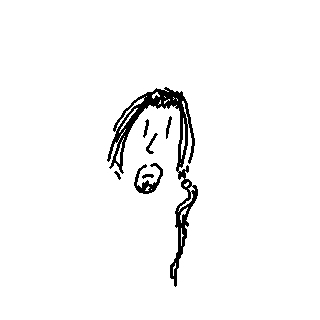 Surprising, because usually my doodles are happy-ish.

Well, with the exception of -


Pictures on the camera, one in the waiting room tweaked a bit. ( Collapse )


Reconfigured the CPAP, and last night's sleep made a *world* of difference. Super-good double-plus nicey-nice sleep, and I didn't need as much of it, because it's of a higher quality.


Moment of Hoff & Lyric - The Hoff mp3
(or if you prefer, Willie Nelson, or John Denver, Jancis Harvey.. or my personal fave, Arlo Guthrie.) all via

Good morning America how are you?
Don't you know me I'm your native son,
I'm the train they call The City of New Orleans,
I'll be gone five hundred miles when the day is done.


It's pretty amazing what a guy can do with just sand and an overhead projector. The art itself is keen, but the transitions are pretty inspired, too.

5 years ago - swollen uvula (side effect of no cpap, snoring beat me up), dumbass Astley late with his bargain basement hardware