Venture brothers "fallen arches" was back on track. Nice to see Orph with his own team. Nice use of Ouroboros and the All-Seeing Eye as a logo, too.

Ah, explanation why that notification thing only worked for some people before.


James Good (the same guy that made this video) has more aerial photos taken with his RC airplane over Miami..shots from about 800 feet up, and stunning.


Voted Yesterday - these guys were who I was rooting for. Let's hope most follow through, and only a bare minimum kick me in the pelotas. My emphasis was on pro-education, environment, minimal pork, and other typical Scotto-type stuff. The line was incredibly short at 6pm. I wonder about the turnout.

To Whom it may concern:

If you had $200 to donate to a charitable organization, who would you give it to, and why?

I'm always on the lookout for good, solid charities... ones that do good works with a minimum of skimming by executives off of the top. Any suggestions?


Found this on Forbes - America's Most (And Least) Efficient Charities


Got to show the system to Aphrodite Jones today. A pleasant lady, seems very intelligent and together. Hopefully she'll get an opportunity to push info along to powers that be for more facetime in the media.

I really dig her name.

6 years ago - Suzy goes to the Clink 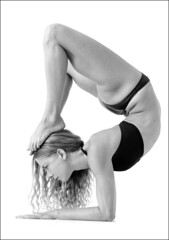 Ariella B
Originally uploaded by michelle.sas.