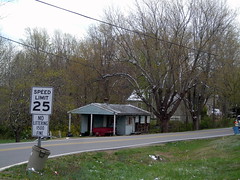 Shacks seen in SOMd while road tripping with BHK.

More karaoke – I came in last, then jimmy and bhk – Tina barely lost to Adam by the narrowest of margins. We played on random… you had to sing whatever song was pulled out of a hat and I got 2 really hard ones in a row… both were songs I’d never heard before or at least was unfamiliar with – one was rap, and the other had a Spanish bit in the middle. For what it’s worth, everyone had some serious challenges. I was impressed that Tina’s singing skill was that well-honed. BHK now wants to get other Karaoke CDs with a broader selection of tunes. We drove around and saw the most ridiculously over-decorated house by one of the many historical graveyards nearby – if I had to seek shelter somewhere, I suspect I’d opt for the graveyard first. Also shown is an example of some abandoned shacks not far from the graves and bunny-fest. 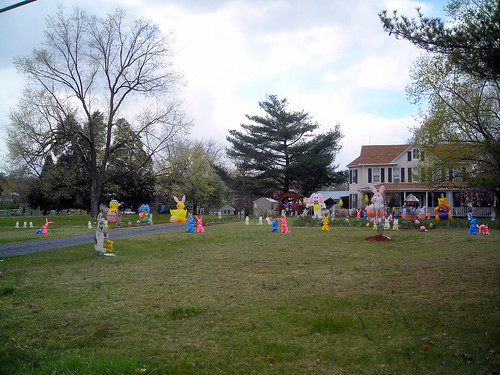 pretty interesting model testing the eternal question of "do you get wetter walking or running to your destination in the rain?"

Start a OpenOffice.org Calc spreadsheet and enter the following formula in any cell and press enter:

Oo.org will pop up a clone of the classic Space Invaders game

5 years ago - put all of oz on my palm, boat name poll, vending machines, Newt activities