Phew. Heat. Sun hot heat. Hot sun hot heat hot heat hot. Last night, I fretted a bit, because I thought the thermostat was going. fortunately, it kicked in, but for how long, nobody knows.

Triple digits is one too many. I'm designed for cooler climes. How many iced coffees is too many iced coffees? I had three today, and right about 5:30, I was cracked out. (My standard coffee of choice is one cup hazelnut coffee and one cup of hot cocoa, mix and add ice. no additional sugar or milk needed... mocha-liscious)

Steve introduced me to cacls. Why did I not know about this before? That's just too dang handy. I wonder if Novell has an equivalent?

Plans to see Thomas Dolby and / or Johnathan Coulton at the Ram's Head in the near future, possibly for BHK's birthday?

Here are my AD&D stats.

To complete my nerd hat-trick, I want to see the Transformers movie on an IMAX screen. Sadly, it seems the local Smithsonian IMAX theaters aren't doing it. The Baltimore Science Center is, but that's a bit of a haul.

Stolen wholesale from Matt (his summer jukebox is fantastic, too, by the way)- The mafia wants your ass, so you've gotta hide out in a shady hotel on the wrong side of the tracks for the next two nights. You've got a backpack. What's inside? This should cover your food, drink, entertainment and protection. (feel free to answer in the comments) Alternately, if you think that the mafia is imaginary, pretend there are Zombies outside instead - you expect the infection to go dormant / be rescued in 2 days.

Took the train home - not too bad! c7 bus to greenbelt, get off at Suitland, and then rode with bhk home. (I can take the Suitland bus to about 6 blocks from home too, if need be.) 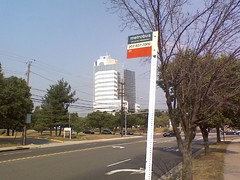 view of my office from the first bus stop. 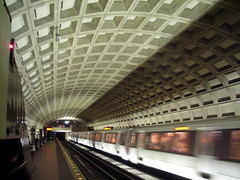 then the metro.
(taken on another walkabout, but the scenery is the same) 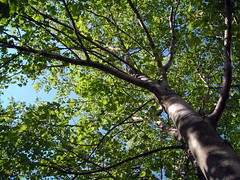 and then the front porch... looking up. home!


1 year ago - phone post from keys... riding the bus is about all I did that day.

7 years ago - angry beavers, scary movie, don't look behind you