One year until 08/08/08!
I found out today that the family across the street from us has lived in that house for the last 23 or so years. Adam, the youngest son at age 18 has lived in the same home his whole life. I wonder how often that happens anymore? I don't think I've put more than five years of life in the same building - I didn't even spend more than 2 years in the same school until I hit 9th grade as my folks moved around quite a bit.

I'm not sure I can even imagine how intimately familiar a person comes to be with that sort of environment... that kid must know every stone and fence within a 10-mile area. He must've seen some very significant changes over the last two decades.. North Beach was a bit of a biker town before it got an influx of bay front property money. There is quite a cultural microcosm these days, but the upper-middle class seems to be taking the lead.
Today's weather is *evil* - Current Temperature is 100°F, "feels like" 109. And that's at "partly cloudy". How much hotter would it be with full-bore sun?
Totally random thought formed on the train - do the words cowherd (someone who herds cows) and coward (someone who shows fear in the face of danger) have a connection? I need to research that.

[edit - Well, I guess not. Word History: A coward is one who "turns tail." The word comes from Old French couart, coart, "coward," and is related to Italian codardo, "coward." Couart is formed from coe, a northern French dialectal variant of cue, "tail" (from Latin c 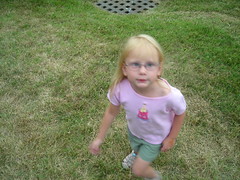 She'll be visiting from Thursday through Sunday. I expect a *lot* of fun and a probably a couple of interesting challenges. (She's little, and will likely miss her folks on one or two nights.)
After thinking about it, I feel that a variant of Oshi might work well with the Icehouse pyramids. (Other possibilities at the World of Abstract Games )
1 year ago - priceline beats expedia, register to vote, Chinese Ghost Festival, exfoliate/defoliate, hangin' round the ceiling, walkabout/geocache plans

5 years ago - ZIM!, fun fact, fumbuckery, added newt pic to bio, after he shocked me, site reboot that didn't come to fruition

6 years ago - some thoughts about gamers/negative side, including a dragon-con flashback (that caused some upset in the role-players community), who in a crowd?, Upside-down, RPG poll, caterwaul, Name Generator, dinos in your region, Wally Caught stealing, begins the end of the WDB era at IMT.

7 years ago - grumpy, in general and regarding TV