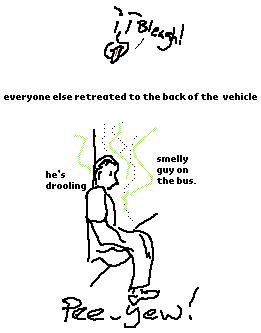 Emily arrived safe and sound about an hour ago... she's all tucked in - BHK and I will be turning in for the night shortly, too. Until tomorrow, dear journal, here's some stuff.
METEORS THIS SUNDAY! Can't Forget!
The Red Line has resumed normal service after a suspicious package closed the Dupont Circle, Woodley Park, and Cleveland Park stations for several hours.

Metro Transit Police bomb technicians X-rayed the box, then safely disrupted it with a water cannon. The box contained paper and cardboard. The train was taken to a nearby rail yard for further investigation.
Sad to hear that Dresden Files was canned - I was digging it. It didn't look like it was too expensive to produce, but who knows what was going on under the hood.

Ah, well... The nice thing about one less good tv show is that it's one less tv show, period. More time for me to focus on other things.
Found this on the Icehouse list -


A new video of SLorpedo: The Mixed Reality Game Of
Naval Warfare is here:

SLorpedo is a mixed reality version of the icehouse
game torpedo played in both real life and Second Life.


The new video shows real life footage of the
installation, a video of SLorpedo footage captured in
Second Life is here:


Mixing Icehouse and Second Life? I'm lucky that I've got BHK and the lads to intervene or I'd be wasting hours fiddling with that. (If it were 2 years or so ago, I'd probably be in there right now, working on the code and looking at what was what.) I haven't tried Regular ol' Torpedo yet, but it looks like fun.
Speaking of Doodles (last entry) and Pyramids, here are some more random doodles drawn on the bus. I'm fiddling wit hthe idea of a multi-tiered gameboard - some standard chase-game variant like monopoly or sorry, with different abilities or events on each level. also thinking about a Rock/Paper/Scissors element to the nests/trees, as far as landing and capture are concerned - big beats middle, middle beats little, little beats big. I'd like to finish it in time for this year's Ice Game Design Competition, but I doubt I'll make it. Maybe next year! 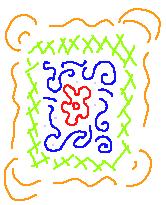 Heck, have a recent Newtcam pic, too, dear journal!

Allez-oop! He was playing while BHK and Pye napped. 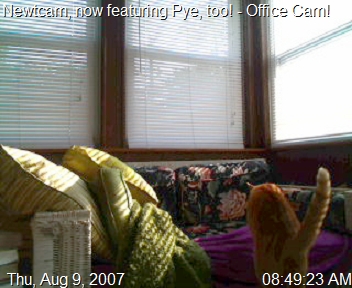 5 years ago - istockphoto, emergency day at work early-arrive (I wonder what'd happen if Sappho and Kev were out at the same time, now?), escape from alcatraz w/bro, misc meter quizzes, looking for cave/sea piccies

6 years ago - scud, agon, evil news, Wally out of the loop (he's still awaiting trial for some of his crimes), Thai din din, colon contents, just finding out about bubba-Ho tep