Took her out tonight, glad that she's up to it... maybe a little cheeburger cheeburger and a road time will jump start her to feeling better for the weekend!

After a tasty garden-cheeburger, frings and cherry chocolate shake, we swung by the store and got her some new jeans, before making a very brief visit to eyeball Comics and Games and Stuff. (Courtesy of The Looney Labs store finder )

Dropped 12 for 3 very inexpensive games - Change! , Cosmic Coasters, and The Very Clever Pipe Game. All of which should be wonderful additions to our games closet, and are pretty small and portable, should we decide to take 'em with us somewhere.

Speaking of new, portable games, Eryx wrote us and mentioned that he's sending us a copy of EcoFluxx as a wedding present! Thanks Eryx! We need to steal him from the UK and have him visit sometime. :)

Also the Labs have recently produced Twin Win, an Icehouse game suitable for use while waiting in line.
Glass and a Half Full Productions - fun ad by cadbury (via ze) What can I say? I like apes.
3,000-year-old beehives unearthed in Israel
Archaeologists digging in northern Israel have discovered evidence of a 3,000-year-old beekeeping industry, including remnants of ancient honeycombs, beeswax and what they believe are the oldest intact beehives ever found.
My immediate living area's population has doubled by a person and a cat since a little over a year ago. I like it much better that way, as I adore them.
If want to make myself angry, I picture a pregnant woman smoking.
Author Madeleine L’Engle died last night in Connecticut, at the age of 89. Best known for her 1963 Newbery Award winner A Wrinkle in Time and its sequels, L’Engle was the author of more than 60 books for adults and young readers.
Stolen Catalytic Converter from one of our accountant's truck from our company's parking lot.. . certainly not an isolated issue - seems to be happening all over MD and VA
( Collapse )
Doodles... I think that I like flat lines more than pseudo-airbrush textures. .

A Dragon, The Little Prince , and a flurfy tree

The Little Prince reminds me of things I sometimes forget -

"On ne voit bien qu'avec le cœur, l'essentiel est invisible pour les yeux"
(It is only with the heart that one can see rightly; what is essential is invisible to the eye). 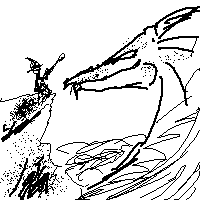 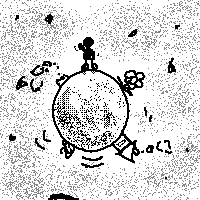 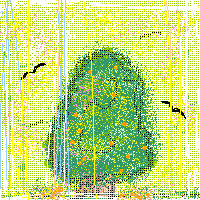 um, yikes. I'm surprised... not by New Orleans or Detroit... but by the fact that there's no New York or Miami on there. I wonder how many murders go unreported?

1 year ago - jojo again, Chase is a creep, acim scuttlebutt (RS came back and left since then),

2 years ago - First notice of SNAKES ON A PLANE, smokin' with Newt and Firpo, morning pre-work report, interdictor shenanigans, ADP and RI duke it out, second life free

6 years ago - lj drama regarding cheaters,lovely long chat where blackie burped, thescents of rose, lavender, gardenia, violette, and muguet (burts bees),Skeletor, Back in 1997, there was an exorcism performed on MotherTeresa, saints.