It seems that my curse on the most foul CompUSA is coming to fruition at last. (The whole fiasco with Compusa can be followed in the Compusa tag I have there... Started Nov. 10, 2005 - Ended March 20, 2006...over four months of limping along on lappie while big brain tried to get fixed... and that's with a Full service contract!)

CompUSA has been sold to an affiliate of restructuring firm Gordon Bros., and will close all of its retail stores.

Downside is that I have a full service contract that lasts until March of 2008... I guess that's only a few months away, anyhow. Next time, I'm building my own, or getting from a retailer I'm more happy with.

at the doctor's office - bhk reads while I get my snooze on.

watching flyboys... not a terrible movie. Not terribly accurate, either. 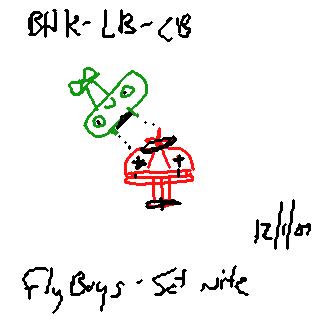 Had to do some catch up work today.... BHK made baked ziti and veggies for supper with Cathy and Dave. After chow time, we played a little wii sports... Dave slaughtered me at boxing... it was like beating up a little kid. We did better at Lego star wars and Rampage.

Once we tired of digital gaming, we trotted out the analog stuff.

Apples to Apples - I won one round, and BHK won the second handily. I forget who won the third game... either BHK or Cathy.

Hey, That's My fish - I won first round by well over a dozen, BHK won the second... by one fish!