BHK made tasty pizza for the in-laws and me tonight... mine had eggplant and garlic with ricotta, and the other was true pepperoni. good stuff.

Presenting a doodle for the coloring book done on the palm while on the subway, then fiddled with GIMP once back home. I was thinking about making him more beveled looking, but rather dig the 2D vs 3D vibe going there. I'd like to see the coloring book community revitalized again.

peradouro drops pictures in there now and then, but aside from that, it's pretty quiet. Same for the Oekaki board in the scottobear toybox. 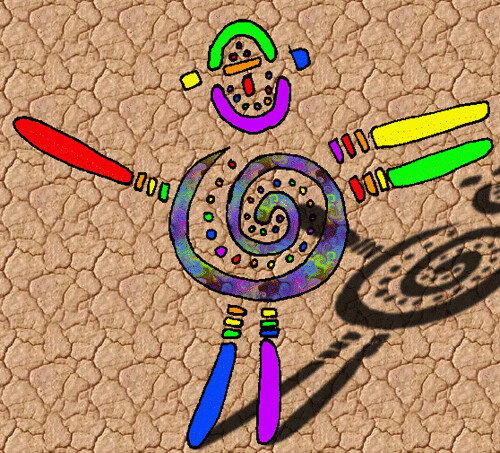 There were many meetings at work today... I think the bulk of them were solidly productive.

Started coughing this morning, and it continues into the night.

Rescheduled dentist, and am waiting to hear scheduling for the back guy. Trying to get an appointment for presiden't day if I can, but if not, maybe on one side of the weekend or another for maximum comfort.

I still need to schedule allergist remeet. Maybe I can do a doctor hat trick!


The Hulkout list - all the reasons Banner turned into the hulk during the course of the tv series.

Personal faves, (Thankfully, none have ever happened to me):

8. Being mauled by a bear

34. Handcuffed to a woman who is falling over the cliff

36. Somehow running into a bear trap

56. Somehow getting himself into a belfry and then realizing that a bell is there, just as it strikes the hour

78. Being thrown under a New Orleans Mardi Gras parade float by a mean guy in a gorilla suit who gives David a few kicks for good measure

95. Falling out of a plane without a parachute, then being given a parachute (which causes the person who pushed him to be told "That guy has nine lives", to which the mean person responds by pulling out a rifle and saying "Yeah, but I got ten rounds"), and then having the straps to his parachute shot off when he is still 30 feet above an empty house so that he falls through the roof and hurts himself

112. While paralyzed for the episode, somehow getting caught in the middle of a barroom brawl, and while trying to quietly wheel himself out of the room, being hit by a flying body and knocked down the stairs (what David is even doing in such a situation goes unexplained)


"'The LEGO brick turned 50 at exactly 1:58pm today. This cool timeline shows these fifty years of building frenzy by happy kids and kids-at-heart, all the milestones from the Legoland themed sets to Technic and Mindstorms NXT, as well as all kind of weird curiosities about the most famous stud-and-tube couple system in the world.'" - Via Slashdot.