Lame jobs
What's the worst job you've ever had?
Reply 239
I've had a lot of jobs that had rough aspects to 'em.

Hardest physical work - Roofing. Back-breaking gig of spreading sticky tar with a mop over a flat, reflective roof in Florida's summer sun was probably the most difficult physical labor in my life. I surely couldn't do it these days. Additionally, half of the crew I worked with was drunk, half were surly and half didn't speak English to me. (those halves were not exclusive of one another, math nerds.). Who the heck drinks alcohol all day in the sun? Why be mean to people that are trying to get by? I can understand not speaking the language - but working with someone that doesn't have a common tongue can be a challenge for me - I like conversation, at least every here and there.

I've had a couple of jobs where my boss was abusive. The chief of one marketing company I worked at had some very serious mental problems. Off the top of my head, he - threw a mug at the head of his pregnant daughter-in-law, bullied his employees - including, but not limited to: yelling at the top of his lungs / threats of physical violence / calling the sheriff on folks that he hired as cheap labor - who were illegal aliens. (that's how he got out of paying them any benefits).

That said, before I left that workplace - it was comical to see people stand up to him. He was such a classic and stereotypical bully that he didn't know how to react when someone didn't react in a cowed fashion.

He called a dock worker out to fight, and the dock worker agreed... asked him to step outside. Bad boss responded by calling the police, claiming that the dock worker threatened him. When the big boss asked for witnesses, the entire staff refused to bear witness for him - told the truth, in that he'd called the guy out. The cops still escorted the worker off the property, but it made the big boss look like a complete feeb - and it crushed his bully-boy spirit for a few days.

Later on, he was tried, and for the most part, found guilty for all sorts of charges hundreds upon hundreds of thousands of dollars, maybe into the millions owed to clients, employees and the irs - for details there's good ol' public records

for both palm beach county see here - (see especially tax evasion) - and broward county (contract indebtedness for the most part.)

The thing was.. if you removed that crooked and cruel boss-guy from the equation, it was a really good gig. My immediate leader was a good friend, and despite his being the nephew of the owner, was about as good a head honcho as I've ever seen. Strong work ethic, good with people, and able to take care of business. He's now working in Guantanamo Bay... and I suspect that he's a heck of a lot happier!

Either way, I have long since moved to greener pastures, and I know I'm better off as a result. 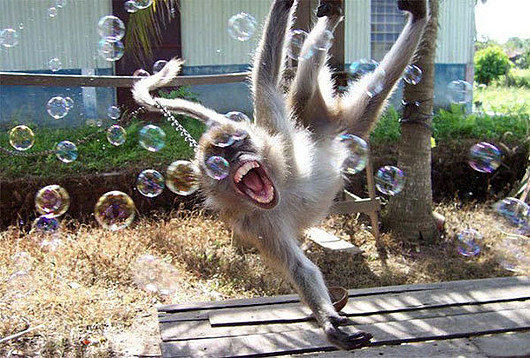 NASA is bracing for “seven minutes of terror,” when an unmanned craft landing on Mars may wake a dormant robot army that could rise up to invade and crush our civilization… oh, wait. They’re saying the space ship might tip over. That’s all.


Spent most of the day shopping for a new couch and a new bed - found the bed we wanted at a decent price - we pick it up tomorrow, and our old bed goes to the blue house for storage. We have a new Queen Size pillow top marshmallow (but firm) - feels good at the store - can't wait to try it at home.


Gaming in my brain -

Next game I want to pick up is Hive. (with the mosquito ) I like the insect theme and bakelite tiles a lot - I'll have to see if Aardvark can order it for us.

Good for any money-handling game, really. Witch Trial comes immediately to my mind. (which uses our monopoly money more than monopoly does)


From New Scientist Tech: (or, a better use of a Newt/Pye cam?)

To try and develop a more sophisticated model, the team recorded the responses of 49 individual neurons in a part of a cat’s brain called the lateral geniculate nucleus (LGN). The LGN receives and processes visual information from the retina, via the optic nerve, before sending it on to the cerebral cortex.


The data made it possible to build a software model of the LGN that can approximate how the neurons would respond to real scenes. The model was tested against scenes recorded from a “catcam” camera attached to a cat’s head.

“We chose the catcam because it was the most natural stimulus we could think of, the closest to what a cat would see when walking around,” Matteo Carandini told New Scientist. Because the catcam footage lacked elements moving independently from the rest of the scene, the researchers also used a scene from Disney’s animated film Tarzan.

The model’s predictions proved to be 80% accurate when shown artificial scenes, but this figure fell to 60% with the natural scenes or the Tarzan movie.

The ultimate goal of the research, still years distant, is to develop an implant that uses visual data to directly stimulate the LGN of blind people whose optic nerve or retina has degenerated from lack of use.

“For these people, a prosthesis in the eye doesn’t help,” Carandini explains. Only people who have recently become blind can benefit from such implants – currently being tested in humans – that stimulate the retina or optic nerve

Work on monkeys last year showed it is possible to stimulate the LGN using electrodes to alter their vision, something previously thought impossible. Software models like that developed by Carandini and colleagues would be vital for an implant to stimulate the right neurons to create a mental impression of vision.

2 years ago - man-bear, joker laughs, day off, but on call, if meme

5 years ago - yale bombing, kiwano, doodle fizzles, D & I in There

,Heather outs Alex as a cheater and a bisexual (remember kids, post something publicly on the net, and the world can see it, even people you know.)