Bugah's baseball game is today - didn't drive out to VA to see him - both BHK and I love that kid to death, but we're both too sick to go up there and spread our germs to the little ones - that said, we did go to the doc for a shot.

Got shots, we played Yahtzee on the pda three times while I waited for clearance to leave, bhk does better than me in general, but I got her 2/3 games this time.

Hit the yard sale in front of the firehouse on the way home - BHK got a pair of books, something by Moning [edit - it was Darkfever ] (Highlander something) and The 13th Tale.

After a bit of rest, we decided to head to Aardvark, and picked up Arkham Horror, Grave Robbers From Outer Space and Marriage Material (as well as vol 2 of Irredeemable Ant-man, and Vol 2 of New Frontier.)

I started feeling much more poorly Saturday night - BHK is sick, and I have a severe cough, a fluid-filled chest, muscle aches, and back pain.

We started to do a puzzle, but I couldn't even stay seated at the table.... so I flopped in front fo the TV and half-watched until we tucked in, at about 9 pm.

On a lighter note - we got our first nibs and nabs from the garden! 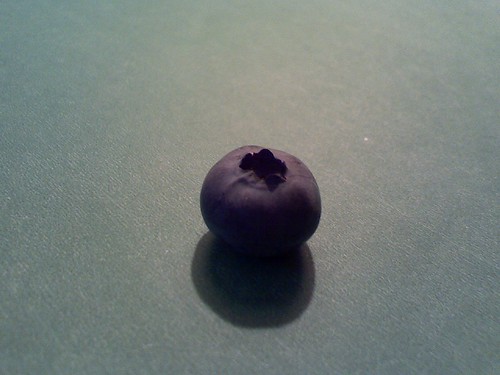 Who was part of breakfast that day... but his brothers and sisters later became part of this -

Blueberry Pie! BHK's first, and it was delicious!

3 years ago - teensy work text, human hamster balls, google-found webcams, old gi joe comics, jogging for jesus, Florida judges are tossing out DUI cases when defendants ask to see the source code for the breathalysers that busted them, Ex-deputy gets life for molesting boys, bro picked up for trespassing

5 years ago - bro, pub-crawling with Danny, flowerpop clones my interests and flies off.

8 years ago - My life unapproved by the Comic's Code Authority