Post 3 things you've done in your lifetime that you don't think anybody else on your friends list has done. See if anybody else responds with "I've done that." If they have, you need to add another. Have your friends cut & paste this into their journal to see what unique things they've done in their life.

1.  met my wife as a result of livejournal. (and honeymooned by visiting a whole mess of the ripley's believe it or not museums up and down the east coast - from St. Augustine, FL  to Myrtle Beach, SC)
1. became a vegetarian on the 5th of july, 1990. (still do dairy and eggs - now crustaceans, too. )

2. discovered (after we broke up) that one of my ex-girlfriends was married and had kids the entire time we were romantically entangled.

3.adopted 2 cats, despite a strong allergy to them. (Fortunately, I'm used to Newt and Pye now!)
3. Helped recover hundreds of missing kids and elderly/confused adults (most just wander-offs, but at least six real kidnappings) over the course of three and some years.


Students studying computing in the UK and US are outsourcing their university coursework to graduates in India and Romania. Work is being contracted out for as little as £5 on contract coding websites usually used by businesses. Students are outsourcing everything from simple coursework to full blown final year dissertations. It's causing a major headache for lecturers who say it is almost impossible to detect.
The irony of course is that if they actually get jobs in the sector, this will be how they actually work anyway.


Another Mummy movie coming out, in two months? I didn't even know it was being filmed! Looks like no Rachel Weisz though. That's not really a big loss - I liked her in the first film, but she sort of bleemed out on the sequel for me.

That, and I didn't hear about the new Blood Bowl game. I'm really out of the entertainment loop lately! At least I can have a good violent Dwarfs vs Lizardmen football combat game before end of year.

See also - G is the latest kaiju monster mash to take Japan like storm, and features a giant robot made of tin.


Bill Clinton has offered his support to Barack Obama. When asked about his attacks on Obama during the primaries, Clinton remarked, “It depends on what your definition of ‘hollow, fork-tongued, naïve, flip-flopping little diaper baby’ is.” 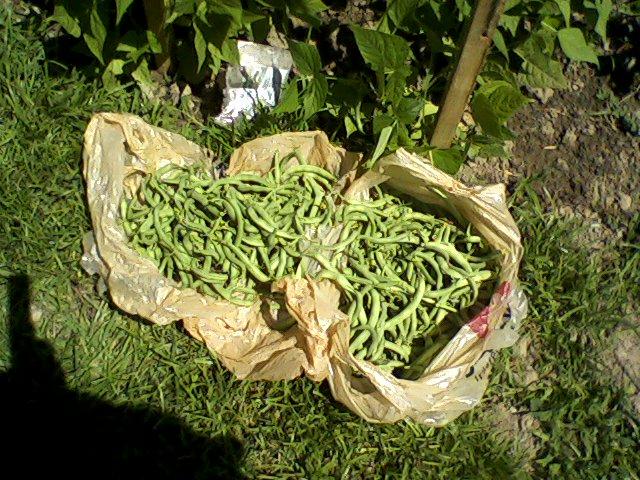 Green beans from our garden! Zucchini is soon to follow, and the eggplant is coming in nicely. We're having the beans tonight for supper. yum-yummo!

2 years ago - Norman E. Borlaug, cartoons and superheo database, hitler cats, wildflower guide, words pants and trousers obscene, go your own way, lj vs Vox = FUD, the Zombies - music, comment meme, snake pic, bad day at work - amber link made by kids for kids - "we pass the slavings on to you!"