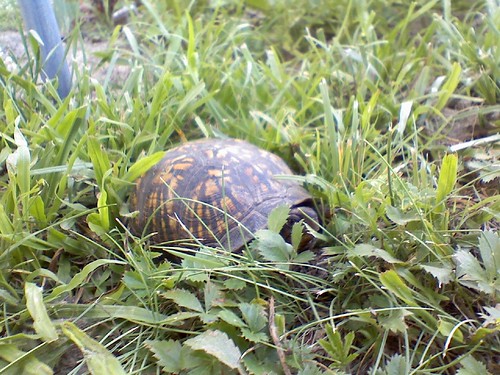 nutmeg in the garden

I added a new video card to my amazon wish list - my old one is just that... getting old.

I still don't know what to get BHK for her Birthday next month. Tricky when we've already got the bulk of our hubbub out of the way now - she doesn't really want for furniture or jewelry or books.... I suspect I'll have to take a slightly different tactic.

Folks in the lunchroom today were making claims that "USA torture isn't as bad as foreign torture" - Isn't that splitting hairs? Drowning to get info someone isn't torture?

Light supper tonight - tube and cool dinner on the love couch. Some pre-emptive fireworks being launched by the neighbors.


DevilPlay.de is a free German online gaming site that features a handful of solitaire, arcade-style games as well as three multiplayer games. While two of those titles are Vier Gewinnt (Connect Four) and Revello (Othello), the other one is Ingo Althöfer’s fascinating EinStein würfelt nicht!.

Bonus mini-review – The goal of the basic two-player game is simple: Get one of your stones to the opposite corner or eliminate all of your opponent’s stones by landing on them. Your six stones are numbered 1-6, and on a turn you roll a six-sided die and move the stone with that number or the stone closest to that number. Movement is always toward the opponent’s goal.

It amazes me how many people don't go to non-english websites. (google will translate it for you. )

More news from my neck of the woods -

PRINCE FREDERICK, MD - In the middle of the afternoon on Sunday, Police were called to the Rite Aid in Prince Frederick for a theft. According to a press release, at 3:45 p.m. an employee of the store called police to report that an unknown suspect stole more than $1100 worth of electric toothbrushes from the store.
The employee described the thief as a medium build white male. The reports states that the man filled two baskets with the items and then fled the store. His getaway was achieved with a green Ford Thunderbird, however, the store's surveillance video was able to record the suspect during the broad daylight theft.
Deputy Seth Mitchell is continuing the investigation.