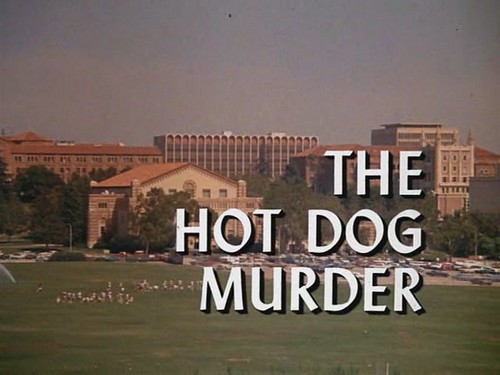 A recent acquisition - How come I don't remember this episode of Quincy??

Posing as a prison pathologist, Quincy (Jack Klugman) conducts an investigation of the death of a convicted embezzler who was about to provide testimony against his mob bosses. The man's death has been ruled accidental, but Quincy doesn't believe it. The trick now is to figure out how a murder was committed in a maximum-security prison wing, without any tangible evidence (hint: the episode's title is a key to the solution). This episode was originally scheduled to air on April 15, 1977.

I also went to get my crown and physical therapy today. Both went Well.
Collapse